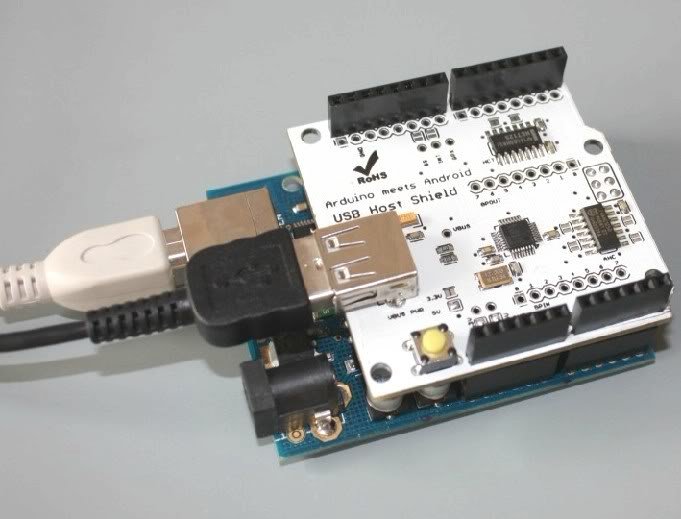 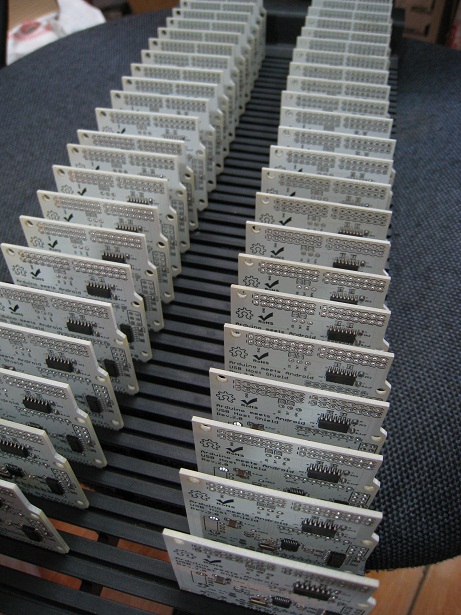 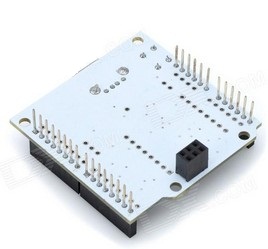 This is revision 2.0 of USB Host Shield. Thanks to new interface layout it is now compatible with more Arduinos - not only UNO and Duemilanove, but also big Mega and Mega 2560 work with Standard variant of this shield out of the box. No more SPI re-wiring and code modifications - just solder included stackable connectors (2x3 ICSP connector's female side should be facing down), plug and play!

This shield is shipped as a kit, containing populated and tested board plus a set of stackable headers, which you need to solder on the board. Fully assembled shield is also available.

This shield will work with standard (dual 5/3.3V) and 3.3V-only (for example, Arduino Pro) boards.

Arduino clones with standard connector layout, including ICSP connector, should work, however only BlackWidow has been tested so far.

If your Arduino clone doesn't follow classic layout, take a look at previous revision of the shield.

The following device classes are currently supported by the shield: